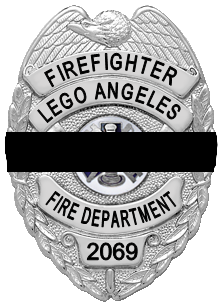 Officer Joseph Daniel Corr of the New Hartford, NY Police Department was killed in the line of duty on Monday, February 27th, 2006 having sustained injuries from a gunshot wound. That night, the Lennon's WB Wilcox Jewelry store had been robbed. Joe responded to the call and was led into a vehicle pursuit. Soon after, he began a foot pursuit, was shot, and killed. Joe was also a member of the New Hartford Volunteer Fire Department. He was a loved father, husband, son, brother, friend, and an uncle figure to myself. Joe was a true hero, and he will never be forgotten. 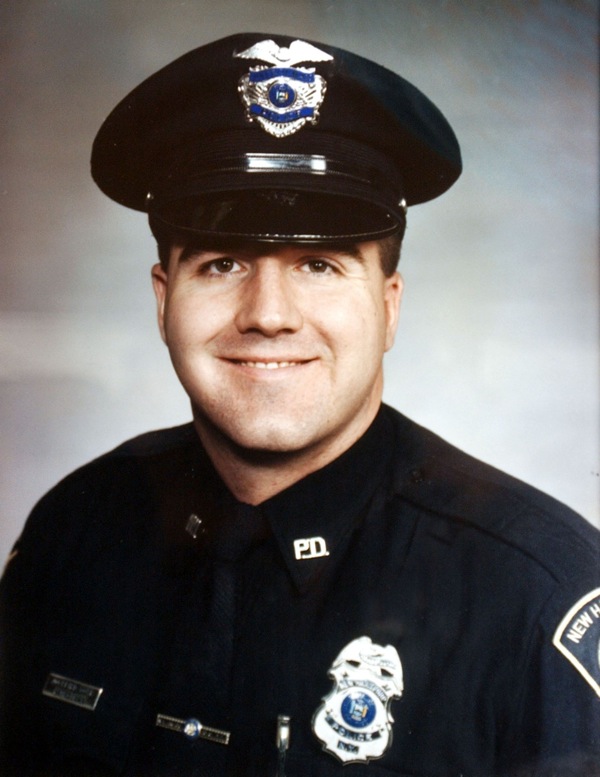 IN MEMORY OF ERIC S. MCDONALD.

Eric's Life:
Eric S. McDonald was born on October 10th, 1971 in Minneapolis, MN where he lived until he was five years old. In 1976, both he and his mother moved to Anoka, MN. According to Eric, he never knew his father. He lived in Anoka till he was 18, when he made a few moves here and there with his future wife. He was married in September 1990, however, his wife would leave 6 months later. Their divorce was finalized in 1996 and in the meantime he moved back to Anoka where he raised his two daughters as a single father. Eric worked as a full time dispatcher and EMT for an ambulance company. He was also a volunteer firefighter and was studying to become a paramedic.

Eric's Hobby:
Eric had several hobbies and interests, but none of them came close to his love of LEGO® fire apparatus and stations, and along with that, his own Lego City Fire Department.

He began collecting LEGO® at the age of 9 and continued till the age of 20, when he gave away all of his LEGO®, except for the fire apparatus and stations. It is known that the Lego City Fire Department first started in 1982 when it began with one engine and four firefighters using one small building, which was made from cardboard. Not much is known about his LEGO® collecting betwen 1982 and 1997, suffice to say he accumulated a large amount of LEGO® fire apparatus and stations during that time. Around December 1997 Eric, also known online as FireMed3 and later as LCFDFireChief, began lurking on the usenet newsgroup, rec.toys.lego. Eric started out buying and selling LEGO® to further expand his LEGO® fire apparatus collection and on July 9th, 1998 the Lego City Fire Department web site was created. The department would grow, adding many more stations and apparatus, until his death in 2002. To give you an idea of the size of the Lego City Fire Department, in the year 2000 the department consisted of 188 pieces of apparatus in 20 fire stations, the training grounds, museum, and the five story headquarters buliding which also housed the fire department's shops. Note that by 2002 he had 26 stations, 9 EMS only stations, and dozens more apparatus then he did in 2000. Most of his apparatus were regular LEGO® sets, however, he did have a few original creations too, mainly the special units. Surprisingly, the Lego City Fire Department web site remained online until October 31st, 2008, the day AOL shut down their web hosting service.

Eric's Death:
Eric died in a motor vehicle accident while off duty in rural area of Minnesota on August 21st, 2002. No other details about the accident could be located.

Eric's Legacy:
Hopefully his greatest legacy will be left to his daughters, however, he had a large impact on the LEGO® fire community, and in fact, helped mold the community itself. All the mutual aid groups, current and past, originated with an idea that Eric and I came up with to help expand his PageNet system for the Lego City Fire Department. Instead of him calling on ficticious departments near Lego City for mutual aid during large fires, he could call on other real life LEGO® fire departments, run by other LEGO® fire apparatus enthusiasts. The Lego City Fire Department also represented the one of the largest known and displayed LEGO® fire apparatus collections on the internet. Eric kept meticulous records of meetings, named all of his personnel, had a detailed budget, ran several discussion groups, prepared run surveys and annual reports, calculated Lego City's ISO rating, and kept track of much, much more, using good old pen and paper.

Eric in his Paramedic's Uniform. 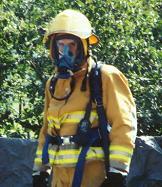 In memory of john d. lloyd. 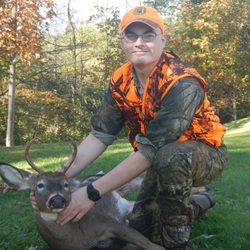 John D.
Lloyd
NEW HARTFORD
John D. Lloyd, 15, passed away with his loving family by his side on Wednesday, January 22, 2014, at Upstate Golisano Children's Hospital, after a courageous battle with Lymphoma. He was born in New Hartford on August 20, 1998, the son of David and Susan (Lewis) Lloyd. He was a student at New Hartford High School, where he was a dedicated football player and track team member. At his church, John participated in the Altar Boy Society and the MYO. John was a devoted Buffalo Bills fan, and had just recently met the team after receiving his wish from the Make a Wish Foundation. He lived and breathed football, knowing more stats then anyone he came across. An avid deer and turkey hunter, John had success whenever he hunted. John was a loving young man, who had a way of touching everyone's heart. He was known for his huge hands, mighty grip, huge appetite and love of food, especially moms. During his illness, John stayed close to his dear friends by spending countless hours playing his Xbox; his giggle was contagious. Utica OD 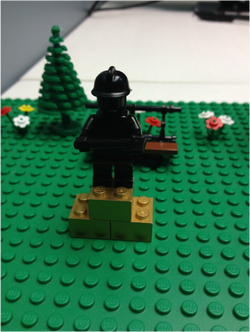 The International Association of Lego FireFighters has funded the Lego Angeles Fire Department (Local 302) with a memorial park to honor the fallen firefighters of Lego Angeles and the surrounding area. The firefighter is all Iron, and is painted black. The throne it stands upon is gold-painted steel from the World Trade Center. The park opened on November 4th, 2012.

The Lego Angeles Fire Department would like to wish everybody a safe and happy Memorial Day. Remember to honor those who have fallen in the line of duty.
Powered by